You are here: Home / Holiness / The Sitcom Dad and God the Father

Today I wanted to share with you a blog article titled “The Sitcom Dad and God the Father” by one of my closest friends, Brian Kissinger. Brian is the other voice you hear on our daily podcast.

Even though I grew up with an amazingly loving and encouraging dad, I was convinced as a kid that God that Father was something like the dad from The Wonder Years. I believed that God loved me, but I was convinced that His caring for me was like a dad returning day after day to a job He disliked but felt obliged to show up for.

The Wonder Years was my favorite show as a kid. It followed the childhood of Kevin Arnold, the youngest of three kids growing up in the 1960s. The show traveled through Kevin’s experience of grade school, junior high, and high school, all the while being narrated by adult Kevin looking back on his childhood. No matter what middle school drama Kevin was going through, his mom was supportive while his dad would be angry.

The rest of the family was constantly walking on eggshells when the father showed up, and it was simply a matter of time before he would either yell at the kids or retreat to his recliner to avoid his family. I know, I know, it sounds like a great show for kids. Give me a break, I was 9.

I was somehow convinced this was what God the Father was like.

I figured that maybe I could keep God from being angry with me if I behaved well and stayed out of trouble. I thought that God found me annoying and I hesitated to ask Him for things, fearful that I would just be adding more work to an already overburdened Father.

When I was doing good things, I fell for the lie that I was somehow earning God’s approval and that I was always one misstep away from disappointing Him once again. I remained committed to the Catholic faith, but I still couldn’t shake the notion that Jesus was the friendly son sent to warn everyone about his angry dad.

I spent several years as a parish youth minister, sharing the Gospel with young people and letting them know about God’s love for them, but I still was unconvinced that God was a Father who could and would provide for my own needs. Slowly God began to heal my broken understanding of His Fatherhood, and over time I’ve come to see just how wrong I’ve been in my perception of God the Father.

My marriage and my own experience of becoming a dad have radically altered my understanding of God’s Fatherhood. I was initially scared at the prospect of being a father, fearful that my shortcomings would ruin my kids. I’m sure that’s still a real possibility, but I’m also given daily reminders that my imperfect attempts to love my kids are just a shadow of the unspeakable love that God the Father has for them.

Tomorrow we will be releasing a free e-book called Best Dad Ever. I know you are going to love it. It will also be available in Podcast form. Stay tuned for more info! 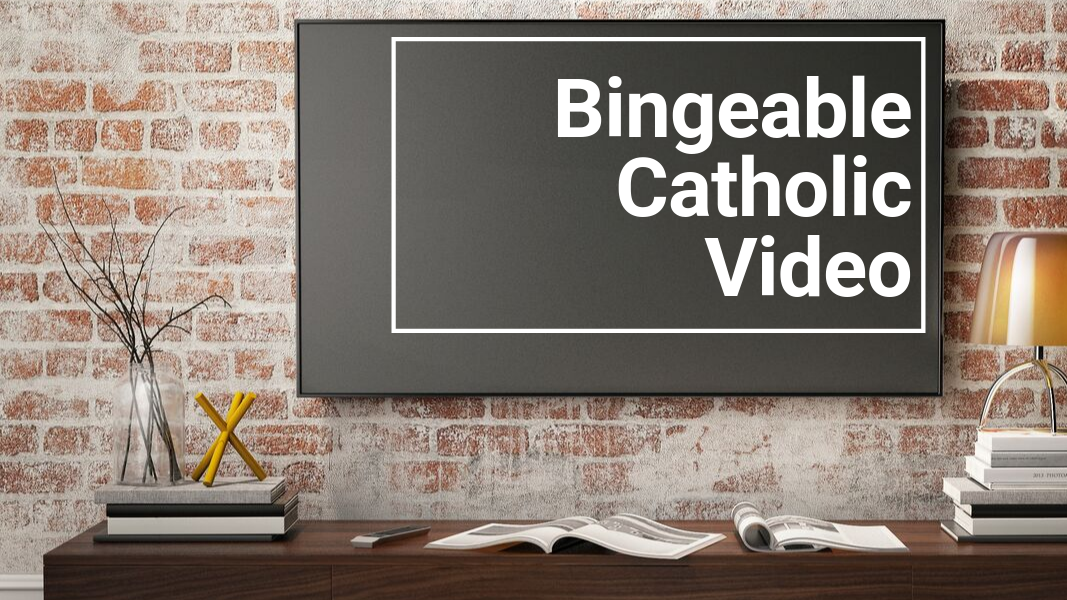 We need your help to bring our Advent and Lent Project to life.

Advent and Lent are our going to be our best series to date. We are excited to share with you today about Advent Made Simple and Lent Made Simple, a new project from our team at Redeemed Online. Over the past 5 years, we have reached millions of people with our #ShareJesus project and are excited to build upon this past success to bring this new series to life.

We are off to a good start, but far from the finish line. Go to kickstarter.com/projects/redeemedonline/faith-made-simple. Check out the project and donate today.

https://youtu.be/5wy8wDUo0Gg Let’s connect  The internet is quite a fantastic thing. Together over the past few years, … END_OF_DOCUMENT_TOKEN_TO_BE_REPLACED

https://www.youtube.com/watch?v=u84aG8KI4lE&feature=youtu.be   “Slow down. Focus on what matters.” This has … END_OF_DOCUMENT_TOKEN_TO_BE_REPLACED

I would love to connect with you.

Whether you want to connect with me about #ShareJesus or are looking to connect about a project, contact me to kick things off.